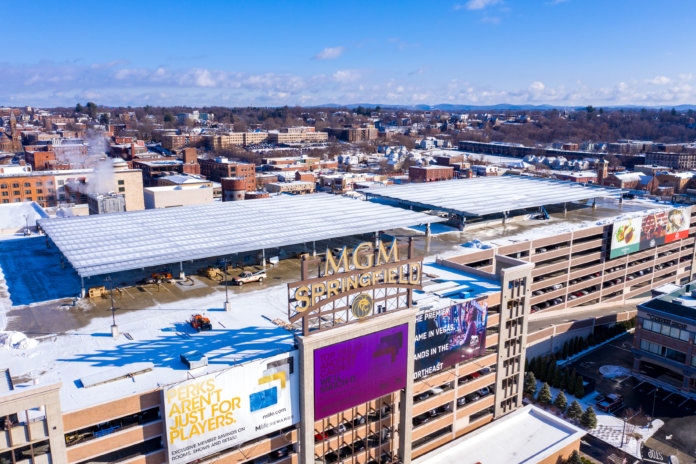 The canopy, which DSD designed and built, was constructed with Nucor steel and a proprietary water management system. The canopy sits atop the roof deck of the MGM Springfield’s parking garage.

“Our challenge was to design an efficient solar canopy that fit aesthetically with the magnificent MGM Springfield and could be installed at a cost that would deliver savings to MGM under a power purchase agreement,” says DSD’s Ben Jones.

“We were able to find the sweet spot of electrical, structural and installation efficiency that’s not only cost effective but stamps MGM as an environmental leader.”

The solar canopy is one of the first projects to be financed by DSD’s new $250 million fund for distributed generation, first announced in October. The fund will help DSD meet growing demand from commercial and industrial clients for a one-stop solution for assessing and designing, installing, operating and maintaining distributed solar assets.