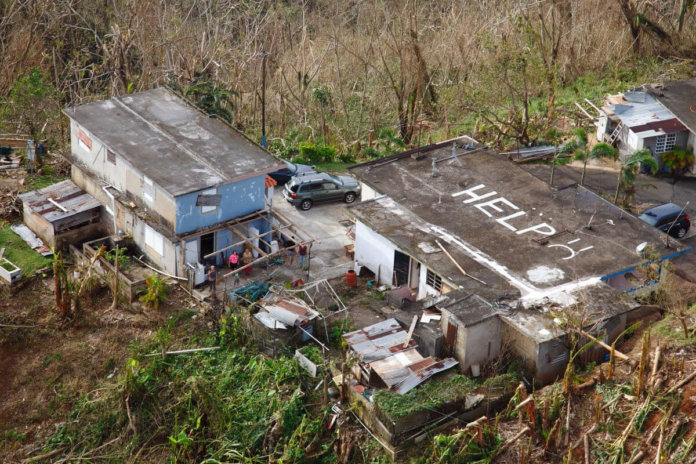 Building on the work that the Solar Energy Industries Association (SEIA) and a host of individual solar companies have already done in the weeks since Hurricanes Maria and Irma made landfall, The Solar Foundation is partnering with the Clinton Foundation, major humanitarian organizations, and a wide range of solar energy companies to mount an industry-wide relief effort to help restore electricity in Puerto Rico and the U.S. Virgin Islands.

The new effort, Solar Saves Lives, will organize deliveries of solar and solar+storage technologies to power critical infrastructure in disaster-impacted regions. These donations are being made at the request of governments in the region and will be given directly to fulfill specific needs on the ground, as assessed by local officials and relief organizations.

The effort launches with more than $5 million in solar equipment donations from more than 20 companies and organizations, including Sunrun, BayWa r.e. Solar Systems, the SunSpec Alliance, CAM Solar, Carolina Solar Energy, Solight, Renogy, Campervan HQ, and Prana Power, among many others. The equipment ranges from portable solar equipment such as lanterns and cell chargers, to larger equipment such as solar refrigeration units, solar water purification units, and equipment for large-scale solar installations. Several companies have also committed to monetary donations, including corporate matches, launching employee giving campaigns, and hosting fundraisers.

Solar Saves Lives is led by The Solar Foundation, with other partners including the Clinton Foundation, Operation Blessing, Direct Relief, and J/P HRO, along with installation partners on the ground.

“Seven weeks after Hurricane Maria made landfall in the Caribbean, people in Puerto Rico and the U.S. Virgin Islands are still in urgent need of assistance. The solar equipment donated through this effort will save lives by aiding recovery efforts, providing power for people in remote areas, and solarizing critically needed services like refrigeration and medical care,” says former President Bill Clinton. “I’m so grateful for the commitments of all the solar companies and relief organizations who are part of this effort, and I’m proud that the Clinton Foundation could bring these groups together.”

Solar Saves Lives will coordinate transportation of solar equipment directly to affected areas, working with partners to coordinate shipping and distribution and ensure proper installation and service. One immediate priority is to restore power in two food markets in the heart of San Juan, Puerto Rico, which provide a critical food source for vulnerable populations. A second priority will be 62 rural medical clinics in Puerto Rico – many of which remain closed due to lack of power after the storms. Solar Saves Lives is also prepared to respond to other areas of need, particularly around health and safety.

The Solar Foundation says it is proud to lead this new effort and expand the network of organizations involved in relief efforts. The Solar Saves Lives effort solicits contributions from the solar industry, and the SolarSavesLives.org website also accepts donations from the general public, as both product donations and monetary donations are urgently needed.

“The hurricanes in Puerto Rico and the U.S. Virgin Islands have created an ongoing humanitarian disaster that has left millions of Americans without power,” explains Andrea Luecke, president and executive director at The Solar Foundation. “Solar Saves Lives will provide a central place where solar companies and other supporters, who want to help but may not know how, can deliver urgently needed equipment to critical areas impacted by the hurricanes. We hope this collaborative effort will be a foundation for the industry’s response to future emergencies.”

“The solar industry is prepared to provide the long-term solutions needed to keep the lights on from Puerto Rico to Texas, Florida, and everywhere else in between,” says Abigail Ross Hopper, SEIA’s president and CEO. “SEIA, with the help of industry partners and volunteers, has spent hundreds of hours building the infrastructure and network needed to deliver resources to the disaster areas where they’re needed most. Solar Saves Lives will greatly expand and expedite that process, and we are supportive of their efforts to help create a more resilient, 21st-century electricity system.”

Among many other commitments under Solar Saves Lives, Sunrun is contributing approximately 25,000 pounds of solar equipment to help power food markets and medical centers. Solight is contributing 10,000 solar lights that can be distributed throughout the affected areas for immediate relief. CAM Solar has pledged to raise $10,000 through a fundraiser with the nonprofit Good Party ATX.

“With battery storage, solar power is the resilient, low-cost energy solution of the future,” says Lynn Jurich, co-founder and CEO of Sunrun. “Alongside Solar Saves Lives, Sunrun is proud to provide the immediate relief of clean, reliable power that will last for decades to come.”

Items that are being sought most urgently include portable solar equipment, such as lanterns and cell chargers; containerized or cabinetized generations, such as solar refrigeration units, solar pumping units, and solar water purification units; and components for system installations including modules, inverters, battery banks, and charge controllers. Modular systems with storage that can be rapidly deployed are the most urgently needed.

“The lights went out in most of Puerto Rico seven weeks ago, and they are still out. Lack of electricity was an unpleasant inconvenience during the first few days but soon turned into a public health calamity and economic disaster – and now has metastasized into a matter of life and death,” says Bill Horan, president of Operation Blessing International. “Operation Blessing is honored to join with The Solar Foundation, Clinton Foundation and generous solar companies willing to donate emergency solar power equipment that we will help implement in strategic locations.”

“By making product donations that will bring electricity to places where it’s needed the most, the solar industry can make an immediate impact today,” says Boaz Soifer, CEO of BayWa r.e. Solar Systems. “We are proud to support this effort to aid the recovery from these devastating hurricanes and build a more resilient future.”

“We are calling on our members to do their part to help turn the lights on after the hurricanes,” says Tom Tansy, chairman of the SunSpec Alliance. “Together, we will restore electricity in critical locations while helping upgrade the grid with distributed energy and solar+storage technologies.”

“We are proud to participate in this amazing effort. Our monetary contribution to Solar Saves Lives will help cover the cost of shipping products from the mainland United States to Puerto Rico,” adds Daniel Moyer, chief operating officer at CAM Solar. “We hope that other solar companies and members of the general public will join us to support the recovery in this time of great need. We know that solar can make an immediate and lasting impact on the people of Puerto Rico, and we are privileged to be able to help.”

Solar companies, business groups, nonprofit organizations, and the general public are invited to contribute to this effort at SolarSavesLives.org.