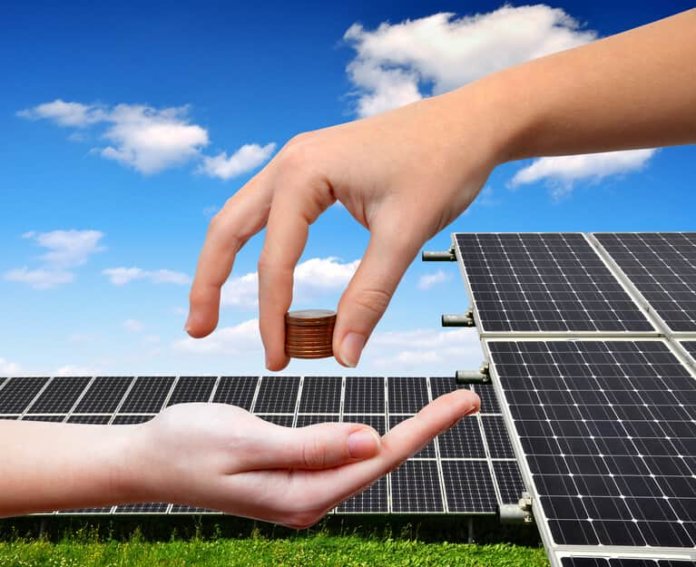 After hitting a three-year low last quarter, total corporate funding in the global solar sector slightly rebounded during the third quarter of this year (Q3’16), according to a new report from Mercom Capital Group. Nonetheless, most of the latest numbers remain far shy of what the industry saw in 2015, as the sector continues to grapple with several challenges.

The report says total corporate funding – including venture capital (VC), public market and debt financing – into the global solar sector in Q3’16 was up to about $3 billion in 45 deals, compared with the $1.7 billion in 32 deals in Q2’16.

“Third-quarter financial activity was a mixed bag,” commented Raj Prabhu, CEO and co-founder of Mercom Capital Group, a clean energy research and communications firm. “Most areas showed improvement quarter-over-quarter, but overall funding levels are still lagging behind 2014 and 2015. VC funding held steady, and we saw a mini comeback for yieldco stocks. The market is slowly getting past the SunEdison crash but is now facing a Chinese module oversupply situation.”

He said those issues, combined with “slower-than-expected U.S. demand” and “global hyper-competitive auctions,” have impacted “the entire supply chain, and most of the solar equities are in the red year-to-date.” Notably, a host of solar sector players, including Enphase Energy, SMA, SunPower and SolarWorld, recently announced plans to streamline their businesses among such market challenges.

(It appears solar isn’t the only clean energy technology financially affected by global market issues, as a separate report from Bloomberg New Energy Finance suggests that investment in the overall cleantech industry was “worryingly low” in Q3’16.)

The Mercom report says that global VC funding (including private equity) for the solar sector almost doubled in Q3’16 with $342 million in 16 deals compared with the $174 million raised in the same number of deals in Q2’16.

According to the report, the top five large-scale project funding deals in Q3’16 were the following: Magnetar Capital raised $397 million to refinance its 135 MW U.K. solar projects portfolio; Sinogreenergy raised $200 million to develop a portfolio of up to 550 MW of solar projects in Taiwan; SunPower secured a $199.7 million syndicated loan for its 100 MW Pelican Solar Project in Chile; Gunkul Engineering secured $115.8 million in a syndicated loan for the construction of the 31.75 MW Sendai Okura solar project in Japan; and Fotowatio Renewable Ventures received $103.4 million in project financing for the 50 MW solar PV project in northern Jordan.

In Q3’16, there were also 18 solar merger and acquisition (M&A) transactions compared with 17 in the previous quarter. Solar downstream companies accounted for half of the transactions (nine), followed by manufacturers with five. The report says four acquisitions involved SunEdison companies this quarter as a result of the company’s filing for bankruptcy and selling off parts of its business.

Looking ahead, Mercom’s Prabhu said, “We have to wait and see what direction Chinese policymakers take in terms of tariff cuts and solar installation goals, as it will have a global effect. A slower-than-expected 2016 for U.S. installers might signal a better 2017 as large-scale projects are pushed forward. Most companies relied on overly optimistic forecasts for 2016 and have had to pull back their guidance, hurting investor sentiment.

“If companies focus on profitability and manage growth expectations,” he stated, “next year could be a better year.”