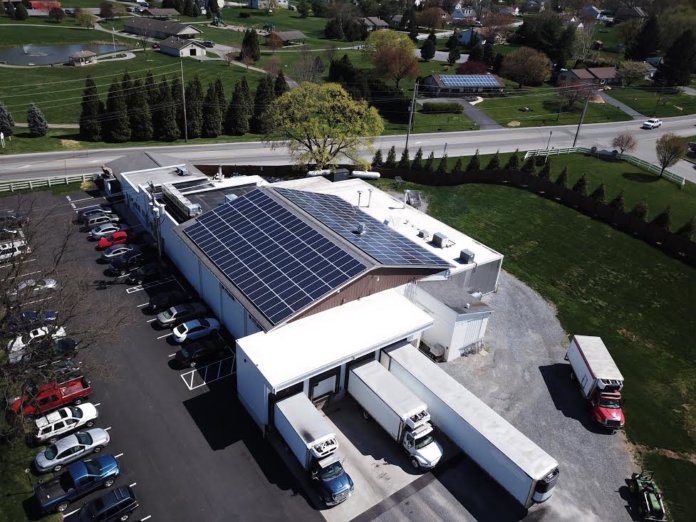 The company’s new project is located atop a production facility in Intercourse, Pa. Installed by Pennsylvania-based Paradise Energy Solutions, the system will produce 65,000 kWh of clean electricity on an annual basis, offsetting the amount of electricity the company needs to purchase from the local utility.

Stoltzfus Meats had considered going solar in the past, but in 2018, its decision was spurred by a grant from Pennsylvania’s Department of Community Economic Development. In total, funding was awarded to eight Lancaster County, Pa., solar projects.

This grant, along with other financial incentives, such as the 30% federal investment tax credit, allowed Stoltzfus Meats to install the solar system with little upfront cost, says Paradise Energy Solutions.

“Our payback, with the grant money from the state, is projected at less than six years,” notes Nate Hershey, project and facilities manager at Stoltzfus Meats.