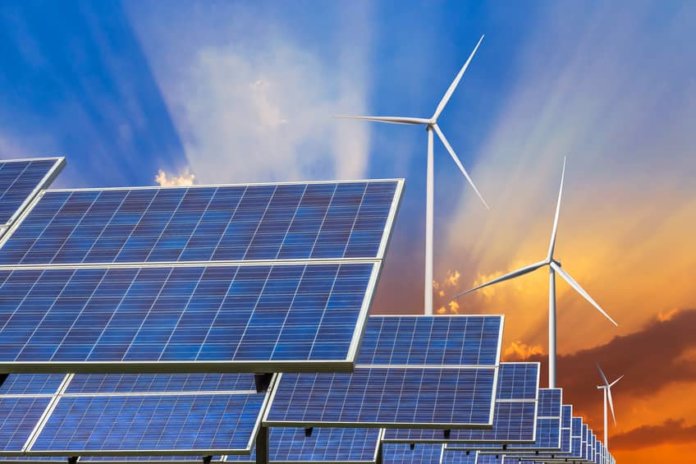 The global rise of solar and wind energy will continue at an unprecedented rate in the coming decades and create both new opportunities and challenges for energy systems, according to findings from a new World Energy Council report.

In the Unfinished Symphony scenario, strong policy supported by hydro and nuclear capacity additions will allow intermittent renewables to reach 39% of electricity generation by 2060. Large-scale pumped hydro and compressed air storage, battery innovation and grid integration provide dependable capacity to balance intermittency, according to the report.

Meanwhile, the Modern Jazz scenario sees intermittent renewables reach 30% of generation enabled by distributed systems, digital technologies and battery innovation. For both resources (solar and wind), the largest additions will be seen in China, India, Europe and North America. With less capacity for infrastructure build-out, Hard Rock sees the lowest penetration, with solar and wind generation reaching 20% by 2060.

The report says other non-fossil fuels, such as hydro and nuclear, will continue to grow as well.

The report says fossil fuel usage could fall to as little as 50% of the primary energy mix in one of the scenarios, with very differing futures for coal, oil and natural gas. However, in all three scenarios, the carbon budget is also likely to be broken within the next 30 to 40 years. Oil will continue to play a significant role in the transportation sector, representing over 60% of the mix in all three scenarios to 2060, and natural gas will continue to increase at a steady rate.