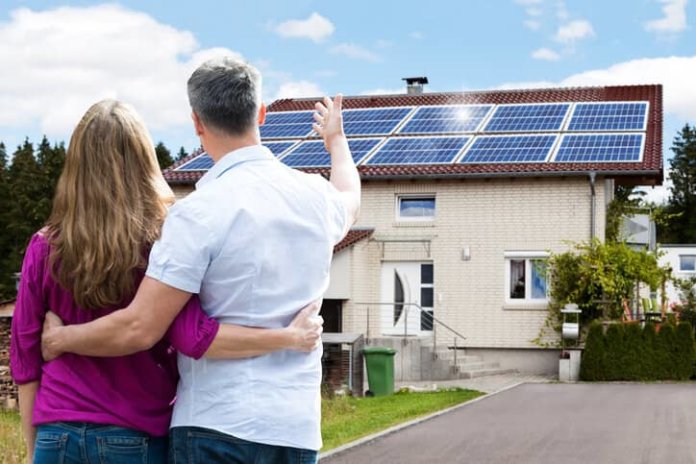 Durrenberger cites the results of his company’s recent customer insights survey, which was completed in February by more than 300 of the installer’s residential customers and aims to address attitudes and behaviors related to solar ownership and solar policy. Covering a cross-section of age ranges and household sizes, respondents had their solar installed between 2007 and 2017 and were from Massachusetts, New Hampshire and Rhode Island.

“In other key findings, more people view solar as a solid investment compared to four years ago, based on a similar survey we conducted in 2013 – and passion for the product is strong,” says Durrenberger.

While 37% of respondents identified themselves as “deeply committed to protecting the environment,” the majority – 58% – chose a more middle-of-the-road attitude, saying they “try to do my part for the environment when I can.”

More than 80% talk about solar with friends and family at least monthly; for example, Dan Bourque of Templeton, Mass., wrote in, “I stress to anybody who looks at our system that I have nothing to hide financially. Best darn decision I ever made other than getting married. People are always skeptical, but my data doesn’t lie.”

“These findings suggest that solar is now officially mainstream in much of New England,” says Durrenberger. “It’s not just the ‘tree-huggers’ going solar. Solar is now a dinner-table and water-cooler topic.”

“Solar is allowing homeowners to take charge of their power generation and the associated financials, and people take those benefits seriously. The result is more energy-conscious consumers, which is a very good thing as energy resources dwindle,” says Durrenberger.

“With the good of becoming a mainstream product comes the bad, meaning less-than-savory industry players,” he adds. “Overall, the industry has a solid track record, but it’s concerning that more than one in five respondents knows someone who had a bad solar experience with another installer.” According to the survey, write-in descriptions of those experiences focused on high-pressure sales tactics and shoddy workmanship.

When asked to pick the top three reasons for going solar, the most common answers were lower electric bills (66%), helping the planet by reducing pollution from fossil fuels (62%), the long-term return on investment (ROI) (45%), and the 30% federal investment tax credit (ITC) (45%). Hundreds of write-in comments supported those reasons. In 2013, the results were similar, except that “energy independence” was the third most popular reason instead of ROI.

Seventy-eight percent of respondents said purchasing solar is a better investment than buying a car or making a major renovation to their property, up from 70% in 2013.

“Nearly 100 percent of the installed value is added to your home but is not taxed [in Massachusetts and Rhode Island]. Name me another home improvement that not only does that, but actually pays for itself in just a few years. Nothing can touch solar right now. Not even investing,” wrote Christopher Siano of Bolton, Mass.

“The increase in those who view solar as a wise investment, combined with the ROI being the third most popular reason for going solar now, suggests people understand solar economics better today than they did three years ago, or perhaps they care more about them,” says Durrenberger.

Despite the product’s popularity, more than a quarter of respondents were concerned about system aesthetics before installing solar. Of those, 82% were positive about the look of the system after installation based on write-in comments that included “satisfied,” “like them,” “love them,” “feel proud,” and “think they’re fantastic.”

According to the survey, the majority of respondents got the full ITC, and 78% of those claimed the full credit in one year. However, 19% said they spread the ITC across two tax returns, and 4% across three or more.

When asked if the government should subsidize the solar energy industry, 64% replied “yes, after all, fossil-fuel energy is still subsidized;” 32% replied “yes, until the solar industry is really established;” and 5% replied “no, the industry must stand on its own.”

When asked what message they would most like to deliver to government leaders, 74% took the opportunity to write in comments in favor of solar and continued or increased government support.

Michelle Laflamme of Shirley, Mass., wrote, “Solar creates a whole new market in the energy sector. A whole new market means increased opportunities for employment, science, research, and local and international trade, which benefits our economy. Lowering our dependence on fossil fuels negates a lot of political issues and contributes toward efforts to help keep our environment happy and healthy, all while solving an impending energy crisis!”