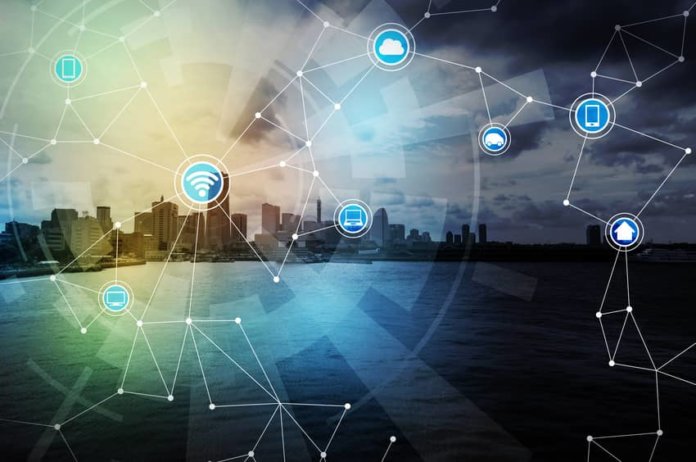 Ask a real estate agent to name the top homebuying trend for 2016, and it’s very likely he or she will say “going green.” Consumer surveys show that sustainable features are on buyers’ want lists at much higher levels than ever before. And for those homeowners who can’t or don’t want to move to a greener home, retrofitting efficiency features into a home through a remodel just makes sense.

Energy-efficiency updates, like new major appliances and light bulbs, aren’t new to homeowners, who have been making these kinds of changes since the early 2000s. But as concern over environmental issues has grown, buyers have cast around for new ways to take control of their energy consumption. At the same time, there’s a growing understanding that technology can solve problems we never even knew we had – like how to get a new laptop overnight – and that’s made some very optimistic about tech’s potential to circumvent a looming energy crisis. The question is, what kind of advances will homeowners ultimately choose?

Solar – under the influence of smart technology, such as smart meters  – is a fairly safe bet. This year, for instance, stands to perhaps go down as the tipping point for solar. U.S. solar industry reports predict that 2016 could be record shattering, further cementing photovoltaics as a formidable contender in energy markets.

And then there’s home automation – a bevy of appliances, devices and home systems designed to automate routine daily tasks. These devices, known collectively as the Internet of Things, or IoT, are a part of the next wave of computing, where everyday objects will be connected to the Internet and environmental sensors, making them able to “read” behavioral patterns and predict how to act. The energy-saving potential for these devices is huge, as they could presumably automate manual tasks users must perform to scale back their energy consumption: shutting off the lights, turning down the thermostat – that sort of thing. And although there’s some evidence that homeowners have been abandoning the first wave of smart devices, by most predictions, the IoT will grow steadily over the next 10 years.

Solar and IoT might seem like separate trends that have nothing to do with one another. But the two are a lot more interconnected than you might think. They’ve both risen up out of homeowners’ preference for greener, more energy-efficient products. And, as solar gains popularity and becomes more technological advanced, there’s evidence that it may take the next wave of smart products beyond the outlet.

IoT stands to have massive environmental impact
A series of independently connected devices sounds like an enormous drain on energy resources, especially when you read futurist predictions that involve motion and pressure sensors mounted on nearly every surface in the home. All that activity requires a lot of wiring and a lot of power, and keeping the Web up and going is already a huge task, environmentally speaking. For instance, data servers last year collectively consumed around 416.2 terawatt-hours of electricity, significantly more than the entire United Kingdom, an amount that experts predict may triple by the close of the next decade.

Yet, many IoT devices tout their energy efficiency as one of their main selling points. These products help educate homeowners about their energy use and savings using a reward system that gives them “points” when they meet certain savings goals. And there may be something to it beyond standard corporate greenwashing: a highly reported study by the Consumer Technology Association found that temperature and lighting controls could reduce consumer energy consumption 10%.

We humans aren’t very good at remembering to turn off the lights or the heat by themselves – programmable thermostats have been recommended over manual temperature controls for years by the U.S. Department of Energy. However, studies showed that the majority of programmable thermostats weren’t being used as such; many remained in the “hold” setting, meaning that they were essentially being turned off and on manually, negating any energy savings through automation. Although smart thermostats are still relatively new, initial data seems to point to their efficiency. Independent studieshave confirmed estimates that these products save homeowners an average 12% in their electricity consumption.

Home automation changes are propelling shifts in energy management, too
There’s the potential for home IoT devices to bridge the gap not just in areas where we’re forgetful about energy use, but where we can’t even see it. Many appliances that run continuously, such as water heaters and refrigerators, cycle through various levels of activity in order to save energy. But grid-connective appliances could sync to match community energy demand and supply – a feature that becomes all the more important as we begin to talk about switching to utility-scale solar installations. Because solar energy production can be unpredictable, having more resources at a utility’s disposal to manage grid load is essential. Grid analysts will also be able to make use of more precise energy use data and single out problematic appliances and areas.

Similarly, many homeowners’ switch to solar power is due mainly to the proliferation of smart energy meters, which allow utilities to digitally collect time-of-use data. These devices represent the first in a larger shift in energy management – the grid itself will likewise need to become “smarter” and more responsive to handle complex load balancing. Digitally connected transmission wires and transformers are needed to allow utilities to draw energy from distributed resources and respond quickly to avoid blackouts.

Overall, many industries are about to be transformed by the use of “big data,” environmental information collected from a variety of independent stations. Industrial IoT has practical applications across all kinds of fields: monitoring roads and railways, tracking mining information, or sniffing out problems with reservoirs. To get there, professionals in these industries need devices that are independently powered, since monitoring points may be located far away from conventional power outlets. That’s where solar comes in. The rise of organic photovoltaics will allow for a huge range of new independently powered tracking tools to be produced and used – without putting more drain on the grid.

Solar homeowners are efficient homeowners
Off-grid living strikes a chord amongst homeowners wrestling with current economic circumstances. Still, off-grid living is far from perfect and requires homeowners to reconsider their energy use in a way that they might not have before.

Whether or not homeowners decide to sever all ties to the grid, they become more conscious of their energy use when they install solar panels. Meanwhile, states with production-based incentives for solar-powered households give homeowners all the more reason to limit wasteful energy practices, because using less power around the house means a higher payout from their utility.

Increasingly, solar installers are expected to not just do the job of a technical laborer, but also provide advice on overall energy home energy use. Automated appliances and home systems offer a simple, one-size-fits-all recommendation that will help most homeowners save energy use.

Switching to nonrenewable energy sources presents all sorts of challenges for homeowners and energy professionals. Energy efficiency and renewable technology has certainly become more streamlined and widely available over the past 30 years, but it’s still not enough to make a total conversion from carbon-based power sources at this point. The tech is going to have to get better – and smarter – before that day will arrive.