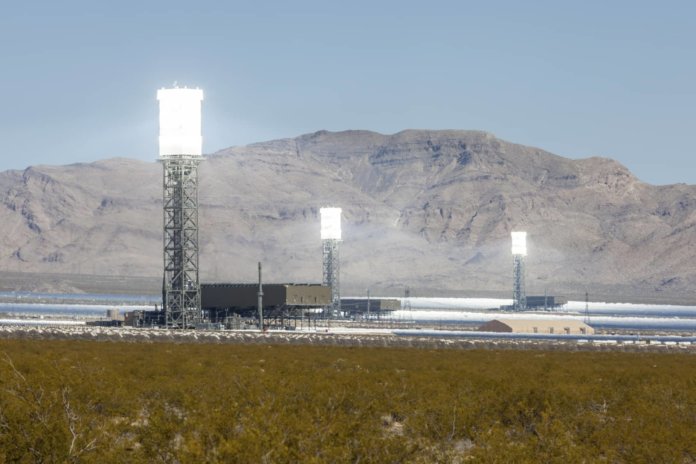 Less than a week after a small fire occurred at the Ivanpah Solar Electric Generating System, NRG Energy, the solar thermal project’s operator and majority owner, has concluded its investigation into the incident.

As Solar Industry reported, NRG shut down one of the concentrating solar power (CSP) plant’s three large towers indefinitely on May 19 after plant personnel extinguished a fire at the Unit 3 tower that morning. There were no injuries.

Located in California’s Mojave Desert, the Ivanpah plant uses thousands of mirrors to direct sunbeams onto the project’s three towers, where the concentrated rays help create steam that then powers turbines in order to generate electricity.

Although an official from a local fire department told the Associated Press last week that “misaligned mirrors” caused the fire, NRG Energy wanted to complete a full assessment before offering its conclusion.

Now, a statement from David Knox, an NRG Energy spokesperson, resembles what the fire official said.

“The Ivanpah Unit 3 fire on May 19 was caused by the heliostats (mirrors) being locked in place in preparation for a maintenance activity (maintenance mode), causing the solar flux to briefly move over a portion of the boiler tower,” explains Knox. “The mirrors were unlocked and moved to remove the solar flux from the tower.”

In other words, because the affected mirrors were not aiming at the proper spot on the Unit 3 tower and because the solar flux can get so hot, the heat from the misaligned sunbeams resulted in the fire.

“We have put in place new safeguards that will prevent this from happening again,” says Knox, though he does not specify what those safeguards are in his statement.

He also reiterates the extent of the damage, which a Facebook post from the San Bernardino County fire department showed last week.

“The damage to Unit 3 was primarily limited to the aluminum covering of the insulation around pipes, as well as wiring and some valves – which can be repaired relatively easily,” says Knox.

With the investigation concluded, he says NRG expects to have the Unit 3 tower back online within the next three weeks. However, the 392 MW Ivanpah plant is currently running at about one-third of its capacity, as another of the project’s towers, Unit 2, is also offline for maintenance unrelated to the fire incident.

This story’s cover photo is a stock image of the Ivanpah plant.