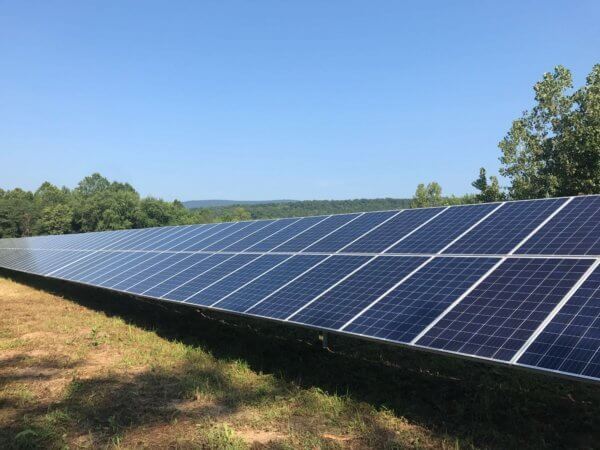 The company says it expects the two solar arrays, which consist of 6,688 solar panels, to produce 2,736,000 kWh of electricity in the first year of operation. Urban Grid developed and financed the projects through a long-term power purchase agreement with the county.

While the project will offset Allegany County’s energy consumption and provide a price hedge against potentially volatile energy prices, it will also contribute to Maryland’s renewable portfolio standard, according to Urban Grid.

“The county began the process of evaluating a long-term partnership with a solar firm
back in the fall of 2014 and issued a request for proposals in the summer of 2015. The county was pleased to select and work with Urban Grid and their contractors to get the PPG and Darrows Lane sites completed and online this year,” says Jake Shade, president of the Board of County Commissioners. “With the construction of the two 1 MW solar arrays, the county will benefit and realize long-term savings for the cost of operating its wastewater treatment facilities.”

“It was a great pleasure working with Allegany County to bring these clean, renewable energy projects from concept to successful operation. With the completion of these two projects, the county has embraced the idea that solar power is not only a sustainable alternative to traditional energy generation, but also a way to save money on ongoing operational expenses,” states Frank DePew, president and CEO of Urban Grid. “We were happy to be able to bring these installations to a successful completion.”