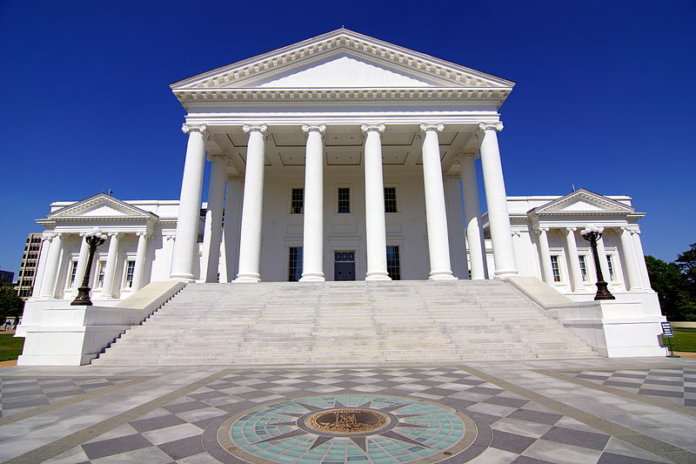 Gov. Ralph Northam, D-Va., has announced an agreement for the Commonwealth of Virginia to purchase 420 MW of wind and solar energy.

The agreement with the commonwealth’s utility, Dominion Energy, includes 75 MW of wind from what will be Virginia’s first-ever onshore wind farm, developed by Apex Clean Energy. Apex is working with state and local authorities to develop the Rocky Forge wind energy project in Botetourt County.

The 75 MW purchase represents the full capacity of the project. Apex expects the wind farm to generate $20 million to $25 million in total tax revenue for the state and county, up to 250 jobs during construction, approximately seven long-term operations and maintenance positions, and enough clean energy to power the equivalent of approximately 20,000 homes while displacing approximately 65,000 tons of carbon dioxide annually.

“Rocky Forge Wind represents years of hard work and collaboration among local and state-level stakeholders and will deliver immediate economic and climate-related benefits to the Commonwealth of Virginia,” comments Mark Goodwin, Apex Clean Energy’s president and CEO. “We are pleased to help the commonwealth – home to our headquarters – achieve its momentous goals, to further establish Virginia as a clean energy leader and to provide a meaningful economic development opportunity for Botetourt County.”

Another 345 MW of Virginia’s renewable energy agreement will come from solar projects. These new wind and solar agreements will supply the commonwealth with enough energy for the equivalent of powering more than 100,000 homes.

In addition, the state contract will ensure that by 2022, 30% of the electricity consumed by state agencies and institutions in Virginia comes from renewable sources, meeting a goal the governor set forth last month in Executive Order No. 43.

“With this landmark contract, Virginia is leading by example and demonstrating how states can step up to combat climate change and advance a clean energy economy,” says Northam. “Moving our commonwealth toward cleaner, renewable energy will require innovation, bold commitments and diverse partnerships.”

Executive Order No. 43 sets new statewide clean energy goals for the commonwealth, including having 30% of Virginia’s electric system powered from renewable sources by 2030 and having 100% of electricity coming from carbon-free sources by 2050.

Northam also recently announced four new solar projects that are expected to generate 192 MW of electric power. Since the governor took office in January 2018, the Virginia Department of Environmental Quality has issued 23 permits for solar projects that will generate more than 800 MW of energy, and the agency expects to permit an additional 478 MW for seven projects by the end of this year.

Notably, the commonwealth has also worked with Dominion Energy to begin construction of the Coastal Virginia Offshore Wind project, consisting of two 6 MW wind turbines. The demonstration project is set to be completed by the end of next year.