A new rooftop solar project installed at the Virginia Department of Forestry’s (VDOF) headquarters is expected to offset energy usage and costs for the agency.

Gov. Ralph Northam, D-Va., announced the completion of the 120 kW project at a ribbon-cutting ceremony last Thursday in Charlottesville.

“The Virginia Department of Forestry project is truly an innovative model that will enable our state agencies to produce clean energy on-site while reducing their utility bills,” said Northam. “As the demand for renewable energy increases, investments like this are important for our commonwealth because they spur economic development and help to expand job opportunities in the fast-growing solar industry.”

“VDOF believes in leading by example, and we live this at our headquarters, the Garner Building in Charlottesville,” said Rob Farrell, state forester. “Our grounds provide a classroom for teaching proper tree care, as well as providing wildlife habitat, pollinator gardens and a seedling nursery. Hosting this solar project is a natural extension of our commitment to sustainability, and we are proud to be a part of the governor’s solar initiative.”

Sun Tribe Solar, a solar development company based out of Charlottesville, installed the system, which is expected to offset 16% of the building’s energy needs.

“As a Virginia-based company, we’re proud of the fact that the commonwealth is embracing a 21st-century economy built on the foundation of clean, affordable energy,” says Devin Welch, chief strategy officer of Sun Tribe Solar. “This project is proof that partners in both the public and private sectors are seeing the benefits of using solar to power Virginia’s growth.”

The project was funded using remaining dollars received from the U.S. Department of Energy under the Obama administration’s American Recovery and Reinvestment Act.

The installation is one of five state agency projects that have received support through Virginia’s “lead-by-example” solar initiative. The Virginia Department of Mines, Minerals and Energy (DMME), which is administering the project, has worked with state agencies to identify ways they can install solar facilities on their properties.

“These projects can pave the way for more commercial and private renewable energy development in Virginia,” noted John Warren, DMME director. “Our agency focuses on conserving energy and supporting a productive economy, and these solar installations accomplish both goals.” 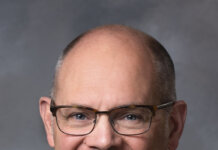 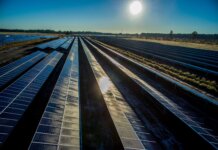