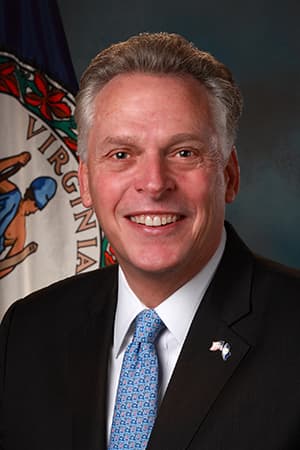 Gov. Terry McAuliffe, D-Va., has announced the recent issuance of permits for two new solar projects to be built in Virginia. The first, a 20 MW facility under development by Coronal Development Services, will sit on approximately 275 acres in Dunnsville, part of Essex County. The second, also with 20 MW of capacity, will be constructed by Virginia Solar on a 720-acre parcel in Powhatan County.

“These projects build on the important investments we are making in the solar industry across Virginia,” says McAuliffe in a press release. “This simultaneous announcement is a testament to just how fast the commonwealth’s solar sector is growing. Solar energy is a central part of the comprehensive energy approach Virginia needs to keep costs low for businesses, families and taxpayers as we build a new Virginia economy.”

The Virginia Department of Environmental Quality issued the permits through its “Permit by Rule” process, a streamlined regulatory framework designed to support the speedy deployment of renewable energy infrastructure while assessing the potential environmental impacts of new facilities.

“With this increase in solar capacity, the commonwealth is taking concrete steps toward a sustainable future,” comments Secretary of Natural Resources Molly Ward.

McAuliffe is an active supporter of renewable energy and Virginia’s solar industry. Since he took office, the state has seen a 10-fold increase in its installed solar capacity, growing from 17 MW in 2014 to more than 188 MW at the end of 2016, according to the press release.